The video which was shot at Addiscombe in Croydon, London is to be released exclusively on Friday, 9th January 2015 on Ancient of Days TV (ADBN) in South Africa, viewable on all smartphones (except blackberries) via the free downloadable app, UN1TY; on blackberries via the free app, OHBOX; on all computers via www.ancientofdays.tv and on DSTV in Africa through the free channel bouquet. Viewing scheduled timesare: 04:30, 11:30, 15:00 & 18:30 (in GMT). Add 1 hour for Nigerian viewers and 2 hours for Central African Time viewers. 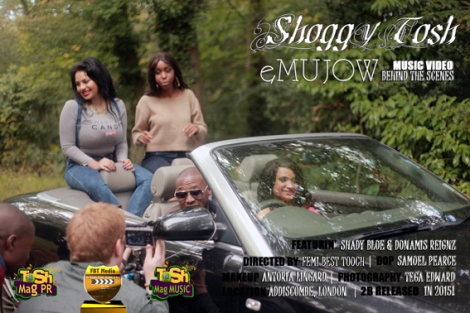 Expect to see some ‘out of the box’ scenes, an exciting video, unique dance moves and a clean inspiring video – something that would get your body moving to the groovy afro-beat song.

Other exclusive releases are planned for the month of February 2015 on some channels throughout Africa. Specific dates would be published through emujow’s social network channels on twitter (@emujow) and instagram (emujow). 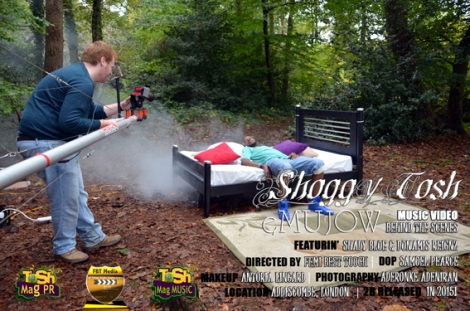 Shoggy Tosh is planning an official premier release in April, 2015 in London, United Kingdom. The premier (one of the very few to be launched in this style) would showcase the ‘making’ of the rap song (shot and edited by London based Roger Russell of the Double R promotions), the music video, directed by Femi Best Touch, feature some top music artistes, an exclusive performance from Shoggy Tosh and Shady Blue and some other exciting side shows. The video would then be available worldwide on good music channels and online social networks including Vevo & Youtube.

Couple of months ago, emujow won the best African praise/contemporary song at the 6th Annual Dinner Awards & Dance event – the 2014 PGMA London awards held at Rowans Leisure Grand Suite. Finsbury Park, London on Saturday, 11th October 2014. You can download the songfrom all good online networks and make donations too as all profits is donated to charity. For more information, contact Aina Bisayo via ainabisayo@toshmag.com.