7 million views and montages on major stations, including making it on to become major event theme song, ‘Jesus’ by Ada is full of life and yet full of Spirit. Extremely in the Pop culture without diluting the essence of the message. Ada keeps it Pop, Urban and Gospel!

With close to 2 million views for a 2017 release, Ada‘s video for the single “I Overcame” off the “Future Now” album is at the top of the list of music videos for the year in review. Not only that, the non-linear plot for the simple story line, costumes and props, scenery and camera angles, makes the video an excellent work. The media meet also makes the video release a major event in the mindustry for 2017.

The setting for the video is in the most unlikely location for a Gospel music video, yet the thematic preoccupation in the plot is so strong you will – most likely – not take note of the setting and explicit props. Tim Godfrey however kept it sane with blurry focuses and cutaways.

‘Alagbara’ is a major song and it is only right that Onos gives it a major video. With 69,000 view ahead of ‘Oghene Me’ despite the latter’s unique storyline, we pin down ‘Alagbara’ for this list.

“So Good” and “Ahaa” has similar settings but with over 200,000 views for the former, Tim Godfrey has a second running on the list! He has always been known for his exceptional music and videos.

“Tani t’Oluwa” by Micaiah is a 2-minute plus video but it is a 2-minute judiciously spent. Every scene carries an element of the song’s theme, the scenery compliments the tone and mood of the song.

7. Under the Canopy – Frank Edwards

“The Sound” by Eric Arubayi is one of the most beautiful conceptualization for the year. The song was released in 2016 but with the music minister’s sudden transition, the video was released as a follow up on the love single “Stay”. With 54K views, the video is doing great!

Preye Odede set a lot of new standards in 2017 and one of such is his videos. “I Am Real” shot by the prolific Patrick Elis in the United States is by every standard a great piece!

Something about Glowreeyah Braimah‘s videos that always creates a fairy tale ambiance. Perhaps, she exemplifies the words of Jesus to take the Kingdom of God like a child. “Open Heavens” was shot by Uvi Orogun at the Hampstead Heath in England.

Shot by Frizzle and Bizzle Films, Fada Sheyin‘s “Higher” is one of those crossover songs (an unexpected attempt by Fada Sheyin) bringing in Kennis Music artiste Joe EL to give it that AfroPop flavour.

The animated video by Rooftop MCs other half, Snatcha featuring Mike Abdul is quite a different attempt from the norm in the mindustry. Trust a Rooftop MC to be at the helm of such a move.

A great video by Jahdiel. The continuity and settings are beautifully coordinated.

Emi Mimo by Mike Abdul is another viral release of 2017. Beyond the online success, the video enjoys lot of terrestrial media airplay. 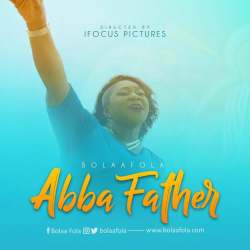 UK based Nigerian Gospel artiste Bolaafola left the UK to shoot her music video “Abba Father” off the album “You Make my World go Round” in Lagos and the choice of location is superb! She garnered over 25K views on Youtube and featured on major blogs, so yep! She’s earned some bragging right!

Eunice. U is definitely creating a path for herself with excellent releases and top notch artistry. “Great is Your Name” released in 2017 is one of such! Off the “Happily Victorious LIVE” album released late last year but already 85K views strong.

US based Nigerian Gospel singer Emem Washington introduces herself into the Nigerian market in 2017 with four releases and crowing those releases is the video for the song “Flip the Page”. Simple setting with proper use! She also enjoyed wide coverage on various platform.

Video: What To Know Before Going Into A Relationship | By Apostle Joshua Selman

SelahTV: Isabella Let In On Her Personal Alter With “The Secret Place Rendezvous Live”